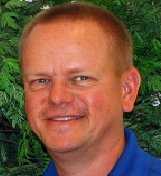 The Walla Walla County Conservation District held its 2012 Annual Meeting and Supervisor Election on Thursday, January 26th, 2012, at the Walla Walla Regional Airport in the Blue Mountain Community Meeting Room. Todd Kimball is a veteran Board member who has served Walla Walla County in this capacity for two three-year terms. During this time, he has served in every officer position on the Board from Chairman to Member-at-Large and now serves as Treasurer. Todd had filed to run for re-election but since he ran unopposed and collected 25 valid county elector signatures, he was automatically elected in accordance with conservation district election guidelines.